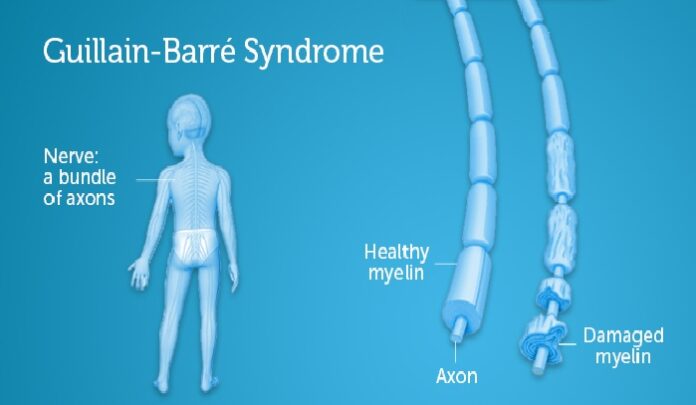 Millions of patients have recovered from COVID-19 so far but their ordeal does not end there. Due to the impact of infection, individuals also develop lifelong side effects like lung fibrosis, diabetes, heart problems, among others.

In recent times, city-doctors are witnessing a rising number of cases of Guillain-Barre Syndrome (GBS) that may even be life-threatening if the patient is not related on time.

GBS is considered to be a prototype of post-infectious neuropathy usually developed within two or four weeks of acute infection. It is most commonly in the last stage of COVID-19 recovery or among recovered completely patients.

This autoimmune disorder is often confused with a stroke due to similar symptoms. For example, patients with GBS report facial muscle weakness, shortness of breath, slow reflexes, fatigue, high blood pressure, among others. But according to the doctors, GBS is more dangerous than strokes. GBS is not an uncommon neurological condition.

Middle East Respiratory Syndrome patients have had GBS symptoms in the past. Patients infected with Zika, HIV, Herpes, and Campylobacter jejuni also had symptoms.

What are the doctors saying?

READ :   Chapare virus: All about the dangerous virus that can spread between humans

Dr. Pankaj Agarwal, Senior Consultant, Neurology, Head of Movement Disorders Clinic, Global Hospital, Parel said Until now I have treated two GBS patients, it is an autoimmune condition in which the body’s immune system that is supposed to protect us is beginning to kill us. It mistakenly starts to attack the nerves of our hands and legs, leading to sudden paralysis.”

As reported by TOI, out of 15 cases in Pune, two patients died of complications due to pre-existing health conditions.

More than 24 COVID-19 patients have been confirmed to be affected by GBS in Mumbai.

Now in order to establish a link between COVID-19 and GBS, several Mumbai-neurologists have come together to conduct a first-of-its-kind’ analysis in India.

Bank Holidays March 2021: Banks to be closed on these dates. Check the complete list