If there is life, there will be surly death also. If you trust in God, you must consider in devil or ghost. For many centuries, the desire to discover more about mysterious sites has driven people to fly to all corners of the earth.
From religious traditions to rituals that are fundamentally Indian, these features have rendered India a most popular tourism destination. So, when it comes to identifying the most haunted sites in the world, there is no better country other than India to begin.
India, the country with thousands of hidden tales, has its own number of unusual destinations.
These scary locations in India are going to test your bravery with the haunted operation. The horror tales of India are varying in nature, however, they will scare the daylight out of you.
Check out this list Top 10 Most Haunted Places in India to decide about your bravery. Have a look at these haunting locations. 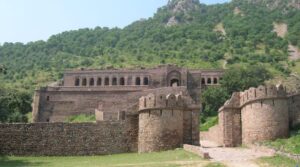 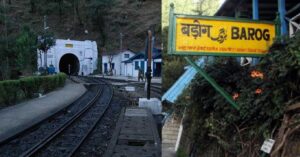 READ :   'Give farm reforms a chance, open to change': PM Modi appeals to farmers to end their agitation 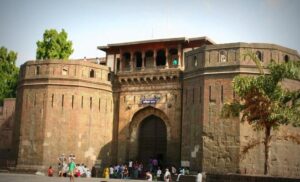 It is claimed that this hunted fort builtin 1732 in memory of Peshwa Bajirao I, saw many occasions of unrequited affection, deception, and treachery. Screams for support of a little boy ( Narayanrao )are known to be heard at night. The fifth governing Peshwa, Narayanrao was killed on the orders of his uncle Raghunathrao and his aunt Anandibai In 1773.
Many say that the ghost of Narayanrao can be heard screaming at Kaka mala wachawa (Uncle Save Me) especially during a full moon.

READ :   5 spices that will improve your immunity during the pandemic of COVID-19 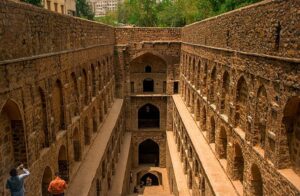 Often referred to as Agar Sain Ki Baoli or Ugrasen ki Baoli, this destination is a historic monument situated on the Halley Road in New Delhi. It is claimed to be a haunted location, but experience varies from person to person. Agrasen Ki Baoli is a protected monument and one of the most popular places to visit in India.
According to the stories, the people who visited this Agrasen ki Baoli say that something mysterious pursued them, and the more they fled the more they hunted. 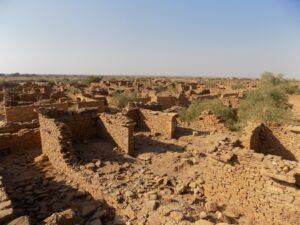 A most hunted place in India, Kuldhara Village is just over 20 kilometers west of the desert town of Jaisalmer in Rajasthan, India. Founded about the 13th century, Formerly home to the wealthy Paliwal Brahmins, the “haunted” village was deserted by its residents because of the atrocities perpetrated by Jaisalmer State’s minister, Salim Singh.
Kuldhara Village is still preserved as a heritage site by the Archaeological Survey of India (ASI). 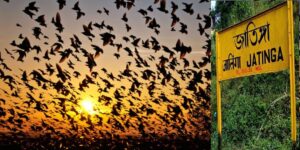 Commonly recognized as the Death Valley for Birds, Jatinga is a remote village on a hill situated in the Dima Hasao district (DHD) in the north-eastern state of Assam, India. In the last 100 years to end their life, thousands of birds have flown over a narrow stretch of land in Jatinga, India. In a town of just 2,500 residents, this mysterious Bermuda Triangle of Bird Death remains mostly unknown, following studies by India’s most renowned ornithologists.
It’s notable for the Mysteries of Birds. There, the birds are arriving from various locations to commit suicide. That is a common occurrence after the monsoon season, mainly in September and October and It just happens on deep moonless nights. No one has been able to understand and explain any scientific view.
Both migratory birds and local birds are committing mass suicide in the same manner.

READ :   Lilly Singh: I am aware that I am a minority on camera 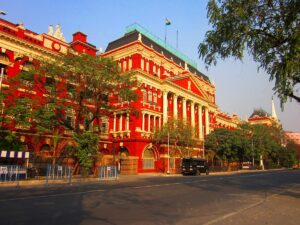 The Writers’ Building in Kolkata welcomes thousands of visitors from all over the world, due to its great architecture and design. The writer’s building was an old building from the British period. This was made for the writers who worked for the East India Company.
Unfortunately, It was ruined by a natural disaster. Then the government reconstructed a new writer’s building on the same grounds. It’s assumed that this building is ghostly. 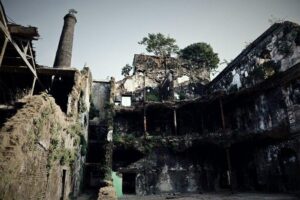 Mukesh Textile Mills was founded in 1870 by the East India Company, later remodeled in the year 1975. Since a fire broke out that destroyed thousands of men, Finally the factory was shut down forever In 1982.
The factory is ignored and unused until a few years ago when a filmmaker wanted to make a film in this spooky property and began shooting a horror movie.
At the end of the day, the casting & development team started to experience many paranormal activities whilst operating in the mill field. 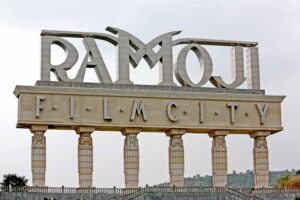 In 1996 producer Ramoji Rao inaugurated the world’s second integrated film city in the world, Ramoji Film City. The Ramoji Film City is now a popular destination for film shooting mainly for Telugu films but also for Bollywood and many other languages.
Ramoji Film Studio is also known to be home to a number of spirits wandering around the grounds and the surrounding hotels. People believe, according to legend, that some soldiers’ souls wander here who died in the wars of Nizam’s.
Ramoji Film City has seen everything from actors who agree to see some “strange images” in the mirror while getting ready for a movie, massive candlesticks falling from the roofs during film shoots to lightmen moaning about some unseen force attempting to drive them down from the parapets.
Ramoji film city is also well known as the most haunted place in India.

READ :   Dia Mirza in order to tie the knot again? Inside details 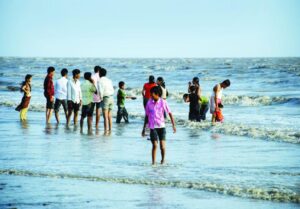 The black sands of Dumas Beach in Gujarat on the Arabian Sea coast have been connected with many mysteries for the years. The beach is known for two reasons, one because of its black sand and the other because it is haunted!
The locals claim this beach has been the location of an old Hindu cremation area and is still haunted by many haunting spirits who never left the area. They honestly claim the beach’s black sand owes its color to the ash created by the cremation combined with the white sand turned dark in shade.
They claim these spirits have unfulfilled mortal desires and now haunt the beach, terrorizing tourists. According to the news, too many people at the beach had suddenly vanished and never came back.

Sidharth Shukla defends Shehnaaz Gill, his rumoured girlfriend, in the wake of her recent Instagram...

Banks will remain closed in December for 11 days; here’s the full list

EXCLUSIVE: Is Pooja Hegde In A Relationship With Bollywood Actor Rohan Mehra?