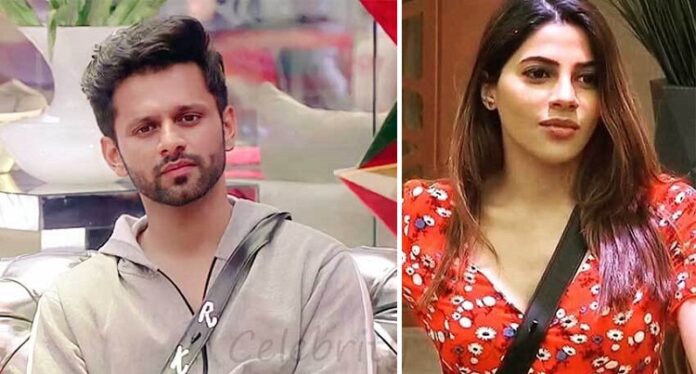 The episode of Bigg Boss 14 last night was quite high on fights and drama with Nikki Tamboli and the heated exchange of words between Rahul Vaidya, after some ugly fights between Rubina Dilaik and Rakhi Sawant.

When the latter supported Rakhi during her war of words with Rubina, Nikki and Rahul got into a fight. The former called the latter ‘chamcha,’ which irked him, and he exclaimed that some unfounded things from outside the show continued to threaten him.

READ :   Exit polls predict a photo finish for  TMC,  BJP in West Bengal, and the BJP's return in Assam

Nikki, who exclaimed that he had to say things that would ruin Rahul’s image, said in a low tone that he shouldn’t talk to her because she didn’t like his girlfriend. “She said, talking about Rahul’s girlfriend Disha Parmar, “Apni girlfriend ki respect bhi nahi karte, don’t talk to me if she hates me.

In her statement, Rahul questioned Nikki. To which she replied, “She hates me, right?” Why are you speaking to me now? After this, everyone around Nikki told Nikki not to talk about Disha, but she refused to listen.

Then Rahul went up to her and told her not to take Disha in between, since he and Nikki had a game. And told her on the show not to talk about his girlfriend.

Later, an annoyed Rahul asked Nikki not to mention the name of Disha in the show. Nikki, however, refused to listen to it and said, ‘Main to the lungi. Oh, Jo karna hai kar le.

Rahul, who was completely upset, told her that he respected the decision of Disha, which is why he did not try much to sort things out between them. He also asked Nikki, in vain, not to take Disha in between.

Nikki told Rahul it was his best friend, Vikas Gupta, and he got the name of Disha Parmar and not her on the show.

Prime Minister Modi, Shah pay tribute to BR Ambedkar on the anniversary of his death

Hina Khan looks stunning in a pink lehenga and performs a dance to the song...

Date of Rama Navami in 2021: Everything you need to know about this important day