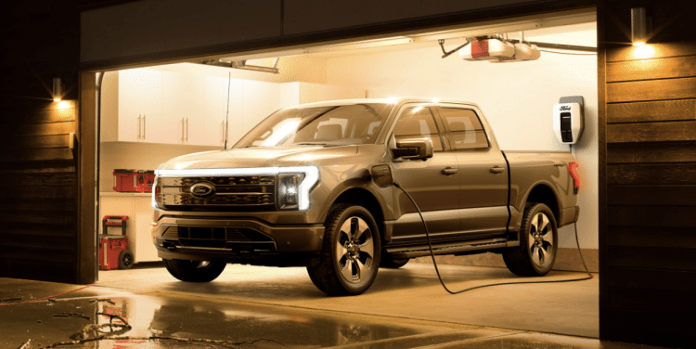 When Ford and the United Auto Workers union unveiled the all-electric F-150 Lighting pickup on Wednesday in Dearborn, Mich., there was a lot of lofty rhetoric.

“An electric truck capable of matching the nation’s ambitions,” a solemn voiceover declared.

The Lightning has a starting price of just under $40,000, which is lower than expected and puts it on par with gas-powered pickup trucks (which currently cost more than $50,000).

It’s the cheapest electric pickup confirmed so far when you factor in a federal tax credit, which Ford qualifies for but Tesla no longer does.

“Economies of scale that most companies — particularly smaller, newer entrants to this space — can only dream of,” says Jessica Caldwell, executive director of insights at car data company Edmunds.

READ :   KL Rahul shares the reported 'happy' photo of GF Athiya Shetty with her birthday cake & it's all interesting stuff

Depending on the battery, the F-150 Lightning will have a range of 230 or 300 miles and can add 54 miles of range every 10 minutes on a fast charger. Other automakers have made more ambitious promises for their battery-powered pickups, so those figures aren’t particularly impressive.

However, in addition to touting the Lightning’s towing capacity, quick acceleration, and other on-road features, Ford is emphasising what it can do at a standstill, such as power a worksite or a home during an emergency.

Drivers can use the eleven built-in outlets to power multiple power tools on a job site or kitchen appliances at a campsite. (A feature similar to this is available on the new hybrid F-150.)

When the Lightning is plugged in at home and the power goes out, Ford claims it can automatically send electricity back into the house, keeping the lights on for days. That potential selling point, which CEO Jim Farley specifically mentioned during the unveiling, could be especially appealing just months after devastating storms in Texas caused prolonged blackouts.

When electric vehicles aren’t actively driving, they’re giant, charged-up batteries, so this kind of bidirectional power flow has always been a hypothetical advantage. However, accessing that energy is difficult for most current electric vehicle owners.

Ford isn’t alone in wanting to change that. Bidirectional charging is also a selling point for Hyundai and Kia’s new electric vehicles.

Shakti Kapoor on the Marriage Rumors of Shraddha Kapoor: Rohan Shrestha is a very nice...