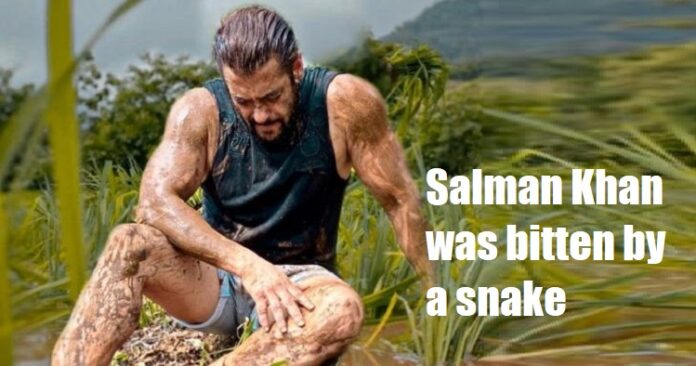 In the early hours of Sunday, December 26, Salman Khan was bitten by a snake at his Panvel farmhouse.

He was brought to a private hospital in the Navi Mumbai neighborhood of Kamothe for treatment. He was apparently bitten by a non-venomous snake.

After receiving treatment, Salman Khan was released from the hospital.

The biting incident appears to have occurred in a garden area outside the main seating promenade.

Salman’s farmhouse is enormous, and it rests amidst a lot of rainforest and forest. There is abundant vegetation, flora, and fauna, as well as a variety of birds and animals.

READ :   Bigg Boss 14: Nikki Tamboli and Rahul Vaidya lock horns; the latter says, 'Why are you talking to me when I hate your girlfriend?'

When the incident occurred, Salman was seated with some buddies & talking. “It happened on Saturday night while he was seated with his friends & talking. He jerked his arm around after feeling a quick sting. When his friend noticed the snake, they both became terrified and rushed for aid.”

Salman was brought to the Kamothe hospital and spent about 6-7 hours there for treatment.

Now he has recovered and returned to the Panvel farmhouse.

Salman is unharmed because the snake was not deadly. “Salman has observed many snakes in and around this farm,” a person stated. He has always requested that his caregivers be extra cautious. He had never been bitten by a snake before.”

READ :   Salman Khan sends fans a special message urging them not to gather outside his home on their 55th birthday

The actor Salman Khan has chosen to keep his 56th birthday celebrations on December 27 at the Panvel farmhouse with close family members and a few acquaintances, according to an insider.

“For his birthday, Salman will be at his farmhouse. He doesn’t want to make a big deal out of it and wants to keep it low-key. Given his Bollywood friends, his guest list is usually rather big. However, thanks to Covid-19, he has kept it quite small the last two years and intends to do so again this year. He won’t invite too many people since he doesn’t want to risk putting himself and others in danger,” says the author.

The birthday surprise of Kareena Kapoor Khan for Malaika Arora ‘s son Arhaan is a...

On Tiger Shroff’s 31st birthday, Disha Patani and Krishna hold hands as they leave a...

Sonia Gandhi’s not to celebrate her birthday in the face of farmers’ protests, Covid-19