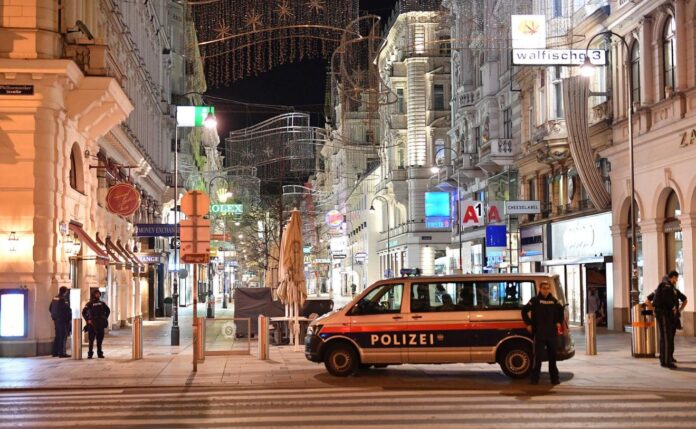 On Monday Evening in the heart of Austrian capital “Vienna”, Police hunted at least one gunman, after opened fire with automatic weapons.

People were enjoying the final hours of freedom before the national Covid-19 lock down.

After the shooting, the Austrian capital remained on high alert, where gunmen opened fire at six sites, killed at least three people and wounded 15, including a police officer.

The police killed one of the gunmen, too.

READ :   US Election 2020 Live updates: Who will be next US president, Joe Biden or Donald Trump

The Minister has said that the police were able to easily recognize the dead suspect and found evidence when searching his apartment and videos sent in by the witnesses.

Officials refused to provide the suspect’s name, as inquiries were still underway and the police did not rule out that other assailants were still on the move.

READ :   COVID-19 antibody medication has been accepted for emergency use by the Food and Drug Administration.

The police advised residents to sit at home.

Police also sealed off most of Vienna’s historic center, encouraging the public to stay there. Most took shelter in bars and pubs, whilst public transit in the old town was shuttered and the police scanned the area.

Coronavirus latest news: In Europe one person dies from coronavirus in every 17 seconds, warned...

Diamantaire appears to have a swollen eye and a bruised arm in the first footage...

Sunil Dutt and Nargis Dutt’s love story started when he saved her from a fire...