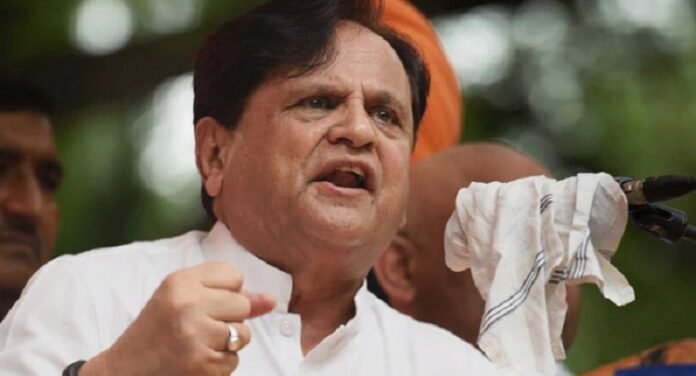 Senior Congress leader and Rajya Sabha member Ahmed Patel, died on Wednesday following a long-standing battle against the complications of COVID-19 virus. He was around 71 years old.

In the early hours of Wednesday, the Rajya Sabha MP from Gujarat, who was being treated at the Gurugram hospital, died today after multi-organ failure.

Confirming the report, his son Faisal patel announced that his father, Ahmed Patel, had died from multiple organ failure.

Saddened by the demise of Ahmed Patel Ji. He spent years in public life, serving society. Known for his sharp mind, his role in strengthening the Congress Party would always be remembered. Spoke to his son Faisal and expressed condolences. May Ahmed Bhai’s soul rest in peace.

The death of a veteran leader was condoned by Congress leader Rahul Gandhi, he tweeted

It is a sad day. Shri Ahmed Patel was a pillar of the Congress party. He lived and breathed Congress and stood with the party through its most difficult times. He was a tremendous asset.

We will miss him. My love and condolences to Faisal, Mumtaz & the family. pic.twitter.com/sZaOXOIMEX

The president of the Samajwadi Party, Akhulesh Yadav tweeted

I am saddened to hear about the passing of Ahmed Patel Ji. My deepest sympathies are with his family at this difficult time.

The last rites of Ahmed Patel will take place in his village. He was a native of Piramal in Gujarat’s Bharuch region.

It was his last wish, as per his family members, for his last rites to take place in his village.

On October 1, Patel, also the Treasurer of the Indian National Congress, tested positive for COVID-19 and was admitted on November 15 to Gurgaon’s Medanta Hospital.

On October 1, while announcing that he had been tested positive for COVID-19, Patel urged all those in touch with him to undergo self-isolation in the last few days.

Irrfan Khan’s wife Sutapa Sikdar, the son of Babil, is sharing a poster for his...

US Election Results Updates: Joe Biden will be 46th President of the United States,Kamala Harris...

RIP, Shravan Rathod: Akshay Kumar, Shreya Ghoshal, and others mourn the passing of the music...