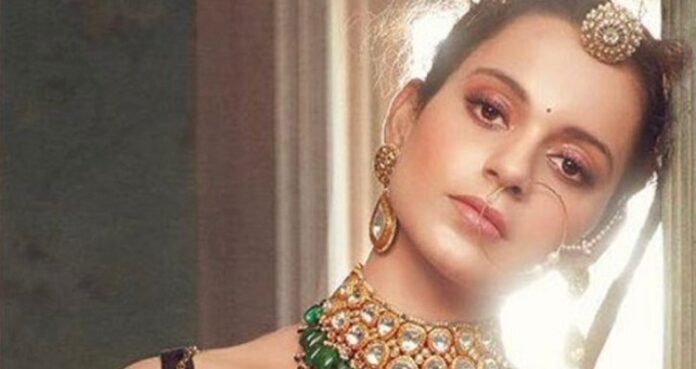 Kangana Ranaut, a Bollywood star, has defied stereotypes with her every step. Kangana Ranaut has proven herself time and time again, from winning national awards to becoming one of the industry’s most successful actresses. On Tuesday, the actress celebrated her 34th birthday with a powerful message aimed at “all the girls out there.” The actress claimed in a series of tweets that she was concerned about her future when she was younger, but that as she has grown older, she has embraced her appearance and is looking forward to a happier life. Young girls were also inspired by the actress to break down social barriers and pursue their dreams.

“They never told me that fine lines and the start of grey hair would look so soothing, that it would strengthen my character and make my power my beauty. So, all you ladies out there, hear me out. From this vantage point, the planet appears to be extremely beautiful. My mum, who gave birth to me, deserves special recognition “She used Twitter to communicate.

On the other hand, Kangana Ranaut won the National Film Award for Best Actress for the fourth time on Monday, for her roles in Manikarnika and Panga. She thanked the cast and crew of both films in a social media video shortly after the announcement, adding that her victory would not have been possible without them. Kangana wrote as a caption for the video on Instagram: “Words are inadequate to describe my thoughts. Thank you so much for your support.”

“I just found out that the National Awards have been announced,” Kangana said in Hindi, adding that she was honored for her roles in Manikarnika and Panga.

“I will be forever thankful to the entire Manikarnika team for loving me in every possible way and standing by me,” she said of her victory for Manikarnika. I’d like to present each of you with the National Award.”

READ :   Solar eclipse 2020: Check date, timings for India and the significance of the last 2020 Surya Grahan

In the video, which she shared on her blue tick Twitter and Instagram accounts, the actress also thanked her Panga team. She also expressed gratitude to her fans and family, saying that none of it would have been possible without their support.

Kangana Ranaut is excited for the release of Thalivi, Tejas, and Dhakad, among other films.

From now on, vehicles sans FASTags will be charged double toll charges in electronic plazas

PM to flag off 8 trains connecting Kevadiya Unity Statue to various parts of the...