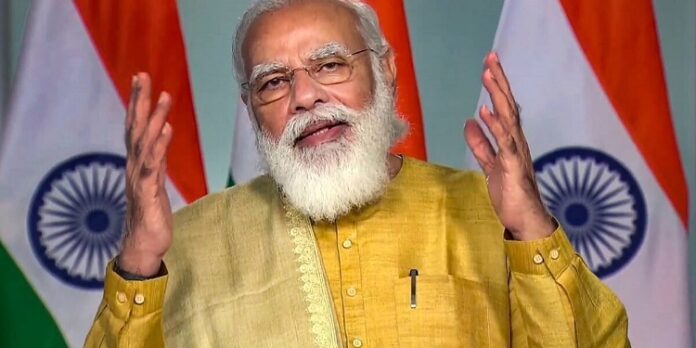 On December 22, Prime Minister Narendra Modi will attend the Aligarh Muslim University Centenary Celebration. He will be the chief guest and virtually participate in the programme with Union Minister of Education, Shri Ramesh Pokhriyal Nishank, the university said.

The top university had a thorny relationship with the BJP, whose leaders repeatedly criticised university students and even suggested that the name of the institution should be changed.

READ :   'Aaja Nachle' celebrates 13 years of Madhuri Dixit: dance is something close to my heart and makes this film special

The Aligarh Muslim University students, along with their counterparts in Delhi’s Jamia Milia Islamia, were subject to police excesses during the protests against the Citizenship Amendment Act, which made headlines.

After the violent clashes of December 15, 2019, students from campuses across the country came out in support of the Jamia and AMU students.

Two years ago, a portrait of Muhammad Ali Jinnah, in the student hall of the university, was the subject of a huge controversy, triggered by a letter from the local MLA.

The BJP lawmaker from Aligarh, Satish Gautam, had written to the vice-chancellor asking why the portrait had been permitted. Shafey Kidwai, the AMU spokesman, replied that Jinnah was a university founder and was granted life membership of the student union.

Duchess of Sussex Meghan Markle reveals miscarriage in July: ‘As I clutched my firstborn child…I...

Prime Minister Modi, Shah pay tribute to BR Ambedkar on the anniversary of his death

Guillain-Barre Syndrome: All you need to know about rare temporary paralysis that some patients with...