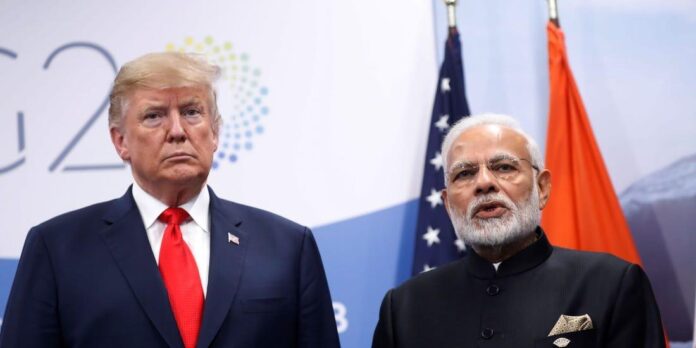 Washington: US President Donald Trump has stated that he has requested India’s Prime Minister Narendra Modi to release the amount of hydroxychloroquine required by the United States after India last month banned the drugs for exports, a short-term drug that may help to cope with the COVID-19 pandemic.

Trump said that he spoke to India’s Prime Minister Narendra Modi on Saturday morning and “I’d appreciate if they’d release Hydroxychloroquine for the US, we’ve requested and taken it serious consideration.”

On Saturday US President Donald Trump said at his daily White House news conference, “I called Prime Minister Modi of India this morning, They produce large amounts of Hydroxychloroquine every year. India is giving it a serious consideration for the US. ”

On 25 March, the Indian Directorate-General for Foreign Trade prohibited the export of hydroxychloroquine but claimed that such shipments on humanitarian grounds could be permitted on a case-by-case basis.

More than three reported cases of coronavirus infection and more than 8,000 deaths, the US has identified as the largest sufferer of lethal coronavirus diseases with no cure.

A randomized analysis of 62 patients who administered either placebo or hydroxychloroquine at Wuhan University’s Renmin Hospital found that those getting the medication recovered faster.

Research in France showed that the use of hydroxychloroquine and azithromycin decreased a virus in COVID-19 patients.

Scientists around the world, particularly in the US, compete against time to find either a vaccine or a medicinal solution for the coronavirus that has killed more than 64,000 people and infected 1.2 million people in more than 150 countries worldwide.

READ :   Shruti Haasan would like to thank fans on his 35th birthday. Don't miss a wish from Sister Akshara