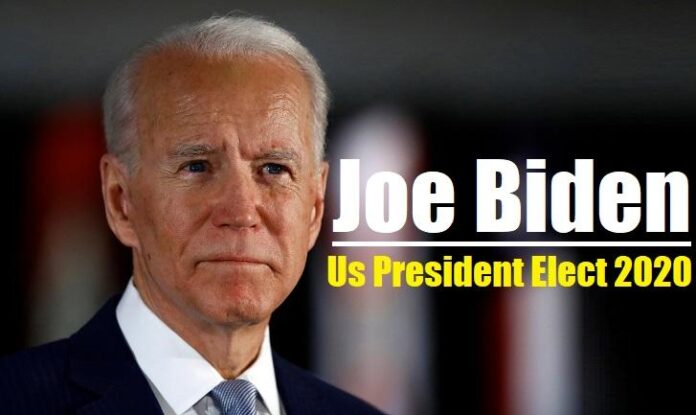 Via a method called the electoral college,the winner of the election is decided.

A number of electoral college votes are given to each of the 50 states including Washington DC, adding up to a total of 538 votes.

READ :   US Election 2020: Coronavirus thundered back in the U.S. where as Trump's stages couple of rallies in Arizona

Democrat Joe Biden is positioning himself to lead a country gripped by a historical pandemic and a confluence of economic and social chaos.

After more than three days of suspense, Biden’s win came as election officials worked through a flood of mail-in votes that delayed the processing of some ballots.

After elected as 46th President of the United States, Joe Biden Tweeted

America, I’m honored that you have chosen me to lead our great country.

The work ahead of us will be hard, but I promise you this: I will be a President for all Americans — whether you voted for me or not.

I will keep the faith that you have placed in me. pic.twitter.com/moA9qhmjn8

Former secretary of state Hillary Clinton reacts: “It’s a repudiation of Trump, and a new page for America” and Tweeted on US Election Results

The voters have spoken, and they have chosen @JoeBiden and @KamalaHarris to be our next president and vice president.

It’s a history-making ticket, a repudiation of Trump, and a new page for America.

Thank you to everyone who helped make this happen. Onward, together. pic.twitter.com/YlDY9TJONs

In the United States, Marvel’s Black Widow has the best opening weekend since the epidemic

PM Modi receives the Covaxin vaccine from Bharat Biotech and urges those who are eligible...

PM Modi should first take COVID vaccine, then we will also take it: Tej Pratap...