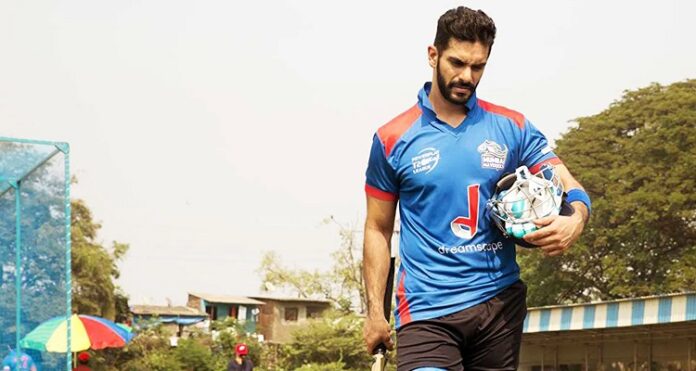 Angad Bedi, who recently appeared in the web series Mum Bhai, says that like Bhaskar Shetty, his character in the show, he shares a very special bond with Mumbai.

Actor Angad Bedi, who recently appeared in the web series Mum Bhai, says that like Bhaskar Shetty, his character in the show, he shares a very special bond with the city in Mumbai.

It is very interesting to draw a similarity between my journey as an actor in Mumbai and that of police officer Bhaskar Shetty, who came from a small town and became the Mumbai Police Force’s most successful meeting specialist in the 1990s. I share a special bond with the city of Mumbai. In the beginning, I faced failure much more than the success I enjoy now. Perhaps that is one of the reasons I value hard-earned success! I’m not speaking about a tough time in-depth, but yes, I went through more than 700 audition rejections and stood in queues, like all struggling actors, coming from a different city,’ he told IANS.

I’m also one of those who didn’t give up My family, my childhood friends, and friends I made in Mumbai held my hand whenever there was an emotional breakdown. That’s why I didn’t get down the destructive path that many young people do Every rejection, every criticism made me stronger, these were my character building classes. I became the man I am today — confident, safe, dedicated.

“Mumbai has shown me the hardest time as well as offered me success. I found my love, my wife, and together we created the family we are. Yes, it is a city of dreams and dreamers. You are an achiever if you are ready to face a hard time!” the actor added.

“I think the character of Bhaskar Shetty is very relatable and engaging because it is a zero to hero story. It has drama, action and that is why though we have seen so many cop drama action films and shows before, this is a story worth telling,” the actor said.

“The character of Shetty has a transformation that happens after he has success and gains power through hard work. In a conversation, he says he wants to look good and he wants his pictures to come in newspapers. His ambition is to become so successful so that one day a biopic will be made on his life! That is childish but humane. That is how real Bhaskar Shetty is!” he added.

French Amundi is threatening to sell off SBI bonds over the proposed Adani coal mine...