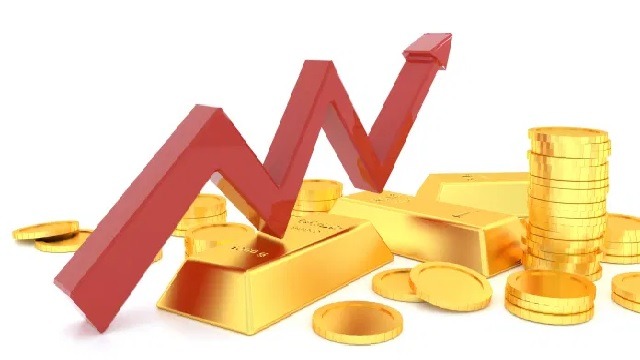 After drugmaker Moderna declared a successful COVID-19 vaccine in tests, boosting hopes for a swift economic recovery and accelerating a shift to riskier assets, gold prices retreated more than 1 percent on Monday.

In a week, Moderna became the second company to report late-stage clinical trial results that met estimates, but the price reaction of gold was relatively mild compared to the more than 5% slump after Pfizer reported its vaccine was over 90% successful last Monday.

The announcement by Moderna added more fuel to a global stock rally that was also helped by strong Chinese factory output results.

Julius Baer analyst Carsten Menke said We have similar news focused on the headlines and we also have a knee-jerk reaction in the gold market.”

“But those (short-term traders) who were flushed out of the market last week definitely haven’t returned in the meantime, so the potential for another sale-off like last week was just lower.”

The global coronavirus crisis, meanwhile, showed no signs of decline, with cases passing the 11-million mark on Sunday in the United States.

If markets expect a return to normalcy in the second half of 2021, “that still leaves a big gap in some of the world’s economies that governments and central banks need to fill,” said Ole Hansen, an analyst at Saxo Bank.

This year, gold, which benefits from stimulus measures as it is considered a hedge against inflation and currency degradation, has gained 24%.

PM Modi targets Mamta in Bengal, which will frighten Didi’s goons who aren’t afraid of...