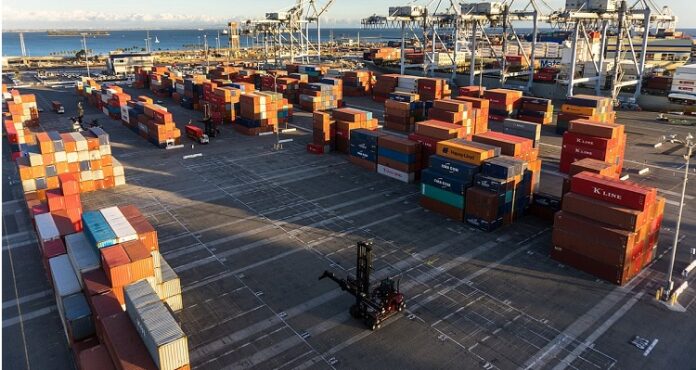 On Sunday, fifteen Asia-Pacific countries signed the world’s largest free trade deal, seen as an immense coup for China in expanding its influence.

READ :   Kiran Bedi removed as Lieutenant Governor of Puducherry in the midst of the Cong government crisis

The deal was finally sealed at the end of a Southeast Asian summit, first proposed in 2012, as leaders push to get their pandemic-hit economies back on track.

Following the virtual signing, Chinese Premier Li Keqiang said Under current global circumstances, the fact that the RCEP was signed after eight years of negotiations creates a ray of light and hope among the clouds.”

“It clearly shows that multilateralism is the right way and that it is the right course for the global economy and the advancement of humanity.”

READ :   Due to tension with India, China and Pakistan sign a military deal

The deal to reduce tariffs and open up trade in services within the bloc does not include the United States and is seen as a Chinese-led alternative to a now-defunct economic initiative in Washington.

“It’s kind of an element of complementation.”

But many of the signatories are battling severe outbreaks of coronavirus and they also hope the RCEP can help mitigate the disease’s damaging economic cost.

Indonesia has recently fallen into its first recession for two decades, while the Philippine economy has weakened in the last quarter by 11.5 percent year on year.

READ :   Prime Minister Modi, Shah pay tribute to BR Ambedkar on the anniversary of his death

Deborah Elms, executive director of the Asian Trade Centre, a Singapore-based consultancy, said, “Covid has reminded the region why trade matters and governments are more willing than ever to see meaningful economic development.”

Last year, India withdrew from the agreement over concerns about cheap Chinese goods entering the country and was a notable absentee during the virtual signing on Sunday.

At a later date, it can join if it wishes.

Even without India, over two billion people covered by the contract.

READ :   World No Tobacco Day 2021: Can people who smoke increase your chance of transmitting COVID-19? Here are some opinions from experts on the subject

Crucially, by letting them export goods anywhere within the bloc without meeting separate requirements for each member, it should help reduce costs and make life simpler for businesses.

Intellectual property is affected by the deal, but environmental security and labor rights are not part of the pact.

After years of US retreat under President Donald Trump that saw Washington pull out of a trade agreement of its own, the Trans-Pacific Partnership (TPP), the deal is also seen as a way for China to write trade rules in the region.

READ :   Priyanka Chopra transforms into a 'blue jean baby,' and Rajkummar Rao is in awe of her style quotient, Hrithik Roshan. See photos

Since Us multinationals would be able to benefit from RCEP through member-country subsidiaries, analysts said the arrangement could cause President-elect Joe Biden to question Washington’s regional engagement.

Rajiv Biswas, APAC chief economist at IHS Markit, said that the US eye could see the possible advantages of joining the TPP’s successor agreement, the Comprehensive and Progressive Agreement for Trans-Pacific Partnership (CPTPP).

“This is not, however, expected to be an immediate priority issue… given the significant negative response from many segments of the US electorate to the TPP negotiations due to concerns about US job losses to Asian countries,” he added.

READ :   Ray has 100 reasons to love him: he sees the world through the eyes of a Bengal grain

Alia Bhatt celebrates her birthday with the “most strong women” With Shaheen, Soni Razdan, and...

“Shades of Emergency”: Ministers on the Arrest of Republic TV Editor-in-Chief Arnab Goswami